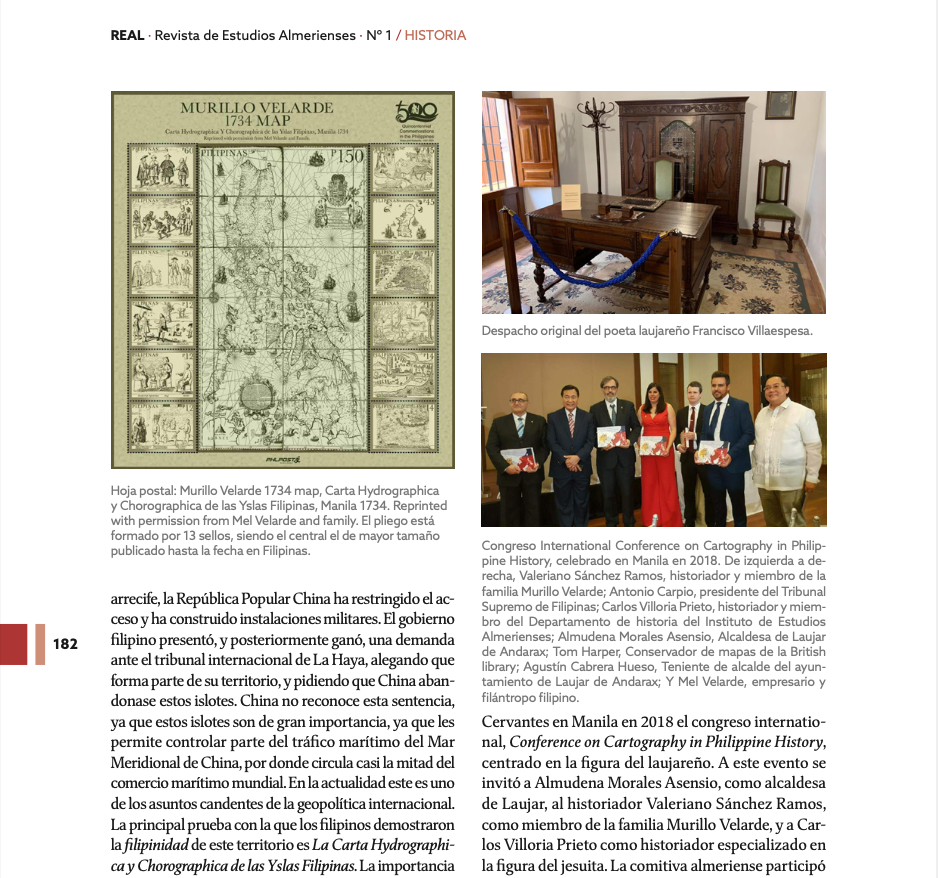 This article by Carlos Villoria Prieto and Valeriano Sánchez Ramos features the Hispanic-Filipino Cultural Center in Laujar de Andarax. The Center pays tribute to the work of Laujar Jesuit Pedro Murillo Velarde, who prepared the first scientific map of the Philippines, the Carta Hydrographica y Chorographica de la Yslas Filipinas Manila or the Murillo Velarde Map, together with two Filipinos: Francisco Suarez, who drew the map, and Nicolas dela Cruz Bagay, who did the engraving.

Here is the abstract of the article:

The Spanish Philippine Centre of Laujar de Andarax is the result of two factors that will be the driving force behind its development, on the one hand the international interest in the Laujarean Jesuit Pedro Murillo Velarde and that of the Laujar town council for the recovery of one of its most significant civil buildings that was in a ruinous state and on the verge of being lost. The headquarters of the Centro Hispano Filipino is an exceptional example of a manor house of the small Alpujarran nobility. Built in the first half of the 18th century, it is an example of the economic development of 18th century Laujar. The Centre is dedicated to the Laujar Jesuit Pedro Murillo Velarde, the most prominent intellectual in the Philippines in the 18th

century. Nowadays, Pedro Murillo’s cartographic work has gained unusual relevance due to the territorial dispute between China and the Philippines over the control of the South China Sea.