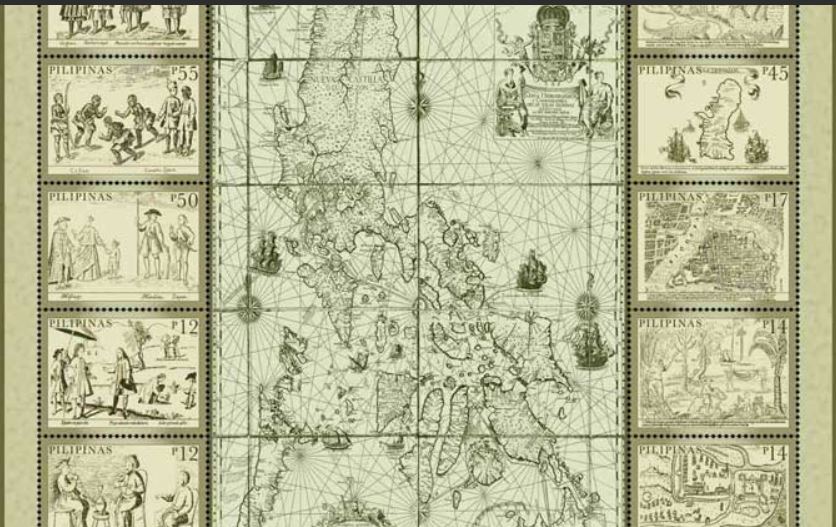 THE PHILIPPINE Postal Corporation (PHLPost) unveiled a new postage stamp which features the “Mother of all Philippine Maps” as part of the commemoration of the 500th anniversary of the Philippines’ role in the first circumnavigation of the world. The first scientific map of the Philippines, the Carta Hydrographica y Chorographica de las Yslas Filipinas Manila 1734, also known as the Murillo Velarde 1734 Map, was prepared by Spanish Jesuit cartographer Fr. Pedro Murillo Velarde together with two Filipinos, engraver Francisco Suarez and artist Nicolas dela Cruz Bagay. It was acquired by Mel Velasco Velarde, Chairman of the Asian Institute of Journalism and Communication and the NOW Group, at a Sotheby’s auction in London in 2014. Mr. Velarde donated the map to the Philippine government through a deed of donation. The map, which shows the entire Philippine archipelago, was cited as evidence in the maritime case at the UN Arbitral Tribunal under the UN Convention on the Law of the Sea as a visual representation of the country’s sovereign territorial rights. On Mar. 16, PHLPost honored Philippine history and heritage through the launch of a commemorative stamp sheet which includes 12 standard sized stamps featuring scenes which were engraved by the sides of the Murillo Velarde map. The stamp’s denominations range from P12 to P55. The center of the sheet is filled with an oversized stamp featuring the image of the full map, denominated at P150.