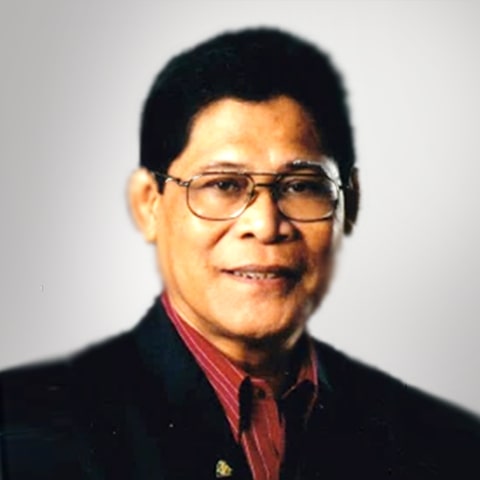 JOHNNY F. GOLOYUGO is a journalist by profession whose background spans decades of experiences in print, broadcast, public relations in diplomatic, international and private industrial environments, and the academe. Mr. Goloyugo is a faculty member of the Asian Institute of Journalism and Communication where he obtained his Masters in Communication Management in 2006 and completed his full academic units in Diplomate in Journalism in 1982. He also earned academic units in Masters in Communication Research at the Ateneo de Manila University in 1971-1972 after obtaining his Bachelor of Science in Education (History major) from the Far Eastern University in 1967. He finished the Strategic Management for Development Managers Course at the Asian Institute of Management in 2009, while serving as Information Specialist at the International Rice Research Institute (IRRI), and later on appointed as Senior Associate Scientist (Rice Knowledge Bank Coordination) at the Training Center. While at IRRI, he was seconded as a Consultant Editor-Writer for the International Center for Agricultural Research in the Dry Areas (ICARDA) in Aleppo, Syria in 2001.He produced/anchored the weekly radio program, The IRRI Hour, broadcast over LB-FM 97.4, a radio station owned and operated by the University of the Philippines Los Baños. His retirement at IRRI in 2011 saw Mr. Goloyugo teaching at the Malayan Colleges Laguna from 2011 to 2012. Mr. Goloyugo’s broad background proved adaptable whether in government or the open marketplace. Prior to IRRI, he worked as Press Officer for the Australian Embassy Manila from 1981-1997; Communication Specialist, College Assurance Plan, Inc., 1981; Associate Editor, Bridge Asia Communications, Inc., 1980-1981;Executive Director, Order of the Knights of Rizal (Civic/Non government Organization, Philippine Centennial Year), 1998; and Staff Writer, United Laboratories, Inc., 1970-1975. During the Marcos era, specifically from 1969 to 1970, Mr. Goloyugo worked as an Information Writer for the Philippine Broadcasting Service (PBS, government radio station), a highly multi-tasking title – news and special events reporter covering the Office of the President, sign on news writer/newscaster, scriptwriter-researcher, and radio program producer-host. He later served as a news writer for the ABS-CBN multi-network coverage of the 1970 Constitutional Convention. The ascendancy of the Cory Aquino administration in 1986 saw Mr. Goloyugo covering the diplomatic beat as a news correspondent for News Herald (later known as The Journal, which was actually the sequestered Times Journal), while working for the Australian Embassy. In civic organizations, Mr. Goloyugo is a multi-awarded Rotarian of Rotary International District 3820, and of the Order of the Knights of Rizal where he was conferred the fourth highest rank Knight Grand Officer of Rizal and recognized for journalism and civic leadership. An award-winning photojournalist, he is an active member of the Philippine Press Institute, Philippine Communication Society, Philippine Agricultural Journalists, Inc., and Philippine Science Journalists, Inc. Today, Prof. Goloyugo is a contributing writer for the daily broadsheet, Business Mirror, and serves as an independent learning service provider for the Philippines Australia Human Resource and Organisational Development Facility (PAHRODF), a joint initiative of the Governments of Australia and the Philippines to support human resource management, organizational development, and institutional change in the Philippines.