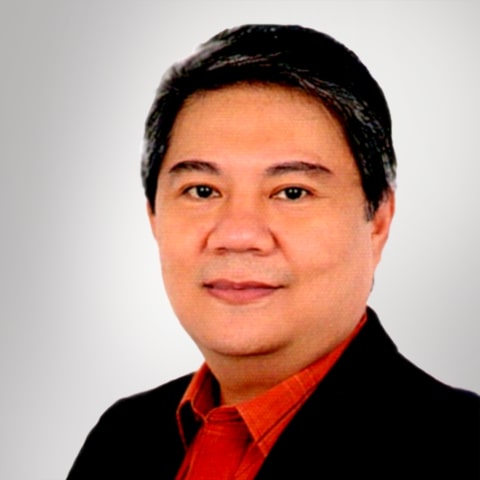 Anthony Roman is an Industrial Engineering graduate of the Pontifical University of Santo Tomas in 1989. He had six years of corporate experience as Methods/Systems Analyst at the holding firm of the Araneta Group of Companies from 1989 to 1995. After that, he worked as Staff Assistant of the Federation of Asian Bishops’ Conferences – Office of Social Communications (FABC-OSC) from 1995 to 2016. In 2001, he finished a Master’s Degree in Communications Management (MCM) major in Corporate Communication from the Asian Institute of Journalism and Communication (AIJC). In 2003-2204, he took training courses in media literacy and theology at the University of Dayton’s Institute of Pastoral Initiatives (UD-IPI) based in Ohio, USA. He has written articles published in academic journals here and abroad on his area of specialization: Youth and New Media under pastoral perspective. Having worked as corporate secretary of St. Joseph Freinademetz Communication Center, Inc. (JFCC) from 2009-2016, he was also able to facilitate seminar-workshops on the same topic for Church leaders, religious and seminarians. From 2011 to 2014, Mr. Roman served as workshop facilitator at the yearly John Paul II National Catechetical Conferences of the Salesians of Don Bosco-Philippines. Since 2007, he also served as Media Literacy Resource Person of the Carmelite Father’s Titus Brandsma Media Center (TBMC). Currently, he works as a Communications Consultant of the First Pacific Learning Academy (FPLA), and as English Language Trainer for Bizmates-Philippines. As Editorial Assistant of the Asian Research Center for Religion and Social Communication (ARC) from 1999 to 2016, he helped organize Roundtables among experts from different religions. He was also able to present several of his research papers in those conferences. He was also able to present his research papers at academic fora held in Sweden (2006), Turkey (2011), Ireland (2013), India (2014), Thailand (2016) and the USA (2005). Since 2002, Mr. Roman works as part-time Associate Professorial Lecturer at the Graduate School of the Pontifical University of Santo Tomas, where he is currently writing the final thesis requirement for a Master’s Degree in Theology major in Social-Pastoral Communication (MAT-SPC).